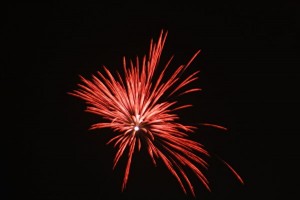 The 4th of July just wouldn’t be the same without fireworks. But for many folks in the City of Holland, by the time of the 4th rolled around, most of the magic was gone. Unless you’ve been on an extended vacation out of town, you can’t help but have noticed the changes to the usual sleepy soundtrack of downtown Holland.  For the last month or so, residents of our neighborhoods have experienced a dramatic overuse of fireworks unrelated to summer patriotic holidays, as an outcome of the recent legalization of fireworks sales and private usage in Michigan.   You also can’t have avoided noticing that opinions surrounding both the enjoyment of this American tradition and the outrage over disturbances have been as explosive as the mortars themselves!

Like other exasperated residents, I posted on social media, signed a petition, and even called the police a a couple of times when I could pinpoint the random blasts during the weeks leading up to Independence Day.  On July 4th itself, on my walk home from Kollen Park after a fantastic fireworks celebration put on by the city– I couldn’t help thinking that our little corner of America felt a little too much like Fort McHenry as it is portrayed in our National Anthem; the red glare of rockets and bombs bursting in air– and right in front of my kids as we walked down the sidewalk.

But for all of my indignant complaining and dutiful reporting to the police, I am left with the nagging question– have I handled this like a good neighbor?

A team of Neighborhood Connectors, including myself, invites you to participate in a Neighborhood Discussion on Wednesday, July 23 from 6:30-8:00pm  at the Midtown Center, Room 301.  This is a joint discussion for neighbors from Westcore and WSN. Most of us already know the complaints that have been raised– this meeting will focus on a constructive discussion of how to address the issue in a manner that is positive and helpful for our community, in the true nature of good neighbors.